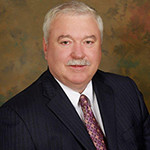 I was recently thrown into the public arena for my firearms and legal experience. I spoke on more than a dozen radio shows nationwide for less than a week when it appeared I might be asked to give TV interviews. Thanks to my wife, Kimberly, a student of Lynda Foster, I was aware of Lynda’s background and able to set up a meeting with Lynda about TV interviews. ‬

Lynda helped me understand the details of appearance, presentation and proper preparation for TV interviews. I began to apply her advice immediately because within days I was asked to be on both local CBS/NBC affiliates in Roanoke. The result was two successful pieces which ran during the evening news. ‬

Approximately, seven days later, I was asked to appear on CNN’s Piers Morgan Tonight show with 4-hours’ notice. I focused on preparing for my live interview according to Lynda’s instructions to include proper attire, correct makeup, posture, attitude, tone, and other detailed preparations to present my talking points while maintaining control of the interview. There is no doubt the interview was a success.‬

I wanted you to know how grateful I am for the change you bring to people’s lives. Your passion for what you do, Lynda, is so strong it can tear down barriers so change can begin. When change comes it cannot simply be measured in one individual, it requires measure on a larger scale. When I became aware of myself and who I am and how I interacted with others, it provided beneficial change for those that I work with. When I interact with individuals in a way that speaks to who they are, the result is a much happier and more engaged worker. This in turn will generate a benefit for the city as that individual’s performance will improve. I would guess that when that individual returns home at the end of the day the dividends continue as it has for me.

Lynda has so much knowledge to share. One of my favorite things about Lynda is that she is so genuine and easy to talk to…she is open and honest with everyone. She always has great advice and she really listens to what people have to say and the struggles they are facing. It is very evident that she has a true passion for what she does and she always gives it 100%. She is a huge motivation to me and I can’t thank her enough for all of the encouragement that she provides. She is a wonderful person and I am so glad that I have had the opportunity to work with her and I look forward to continuing to work with her in the future.‬ 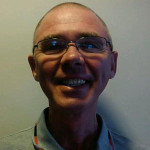 The coaching that Lynda Foster of Cortex Leadership Consulting has provided our Colors On Parade franchise team has resulted in some owners increasing their sales by 88% and an overall franchise group increase by 33%. Her training, coaching and consulting programs just plain work.

I highly recommend her for increasing your success in business.

The program gave me focus, direction, guidance, and encouragement. After several months since taking the course I feel the concepts are embedded in my daily work and still provide an anchor for my decisions and actions.