Lynda McNutt Foster is a certified practitioner of TED* The Empowerment Dynamic and can make shifts happen with your team, no matter what type of drama your team is experiencing. 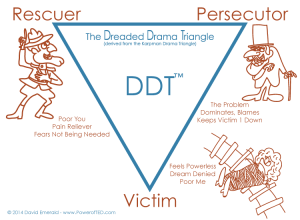 TED* is *The Empowerment Dynamic – a set of relationships or roles that offer an alternative to the drama triangle and to living life as a Victim. TED* inspires the realization that choice can lead to a positive approach to life’s challenges. 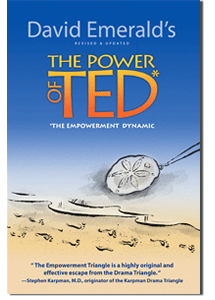 In David Emerald’s simple yet engaging book, The Power of TED*, three characters have a life-changing conversation on a beach. What emerges from this illustrated teaching story is an empowered and resourceful way of thinking, relating and living that increases our ability to create outcomes and to make choices – whatever our circumstances.

Reconnecting to our dreams and desires, and taking action toward those outcomes requires a shift in mindset for most people. When “Shifts Happen” and you move into a Creator, Challenger or Coach role, greater awareness and options become available to you.