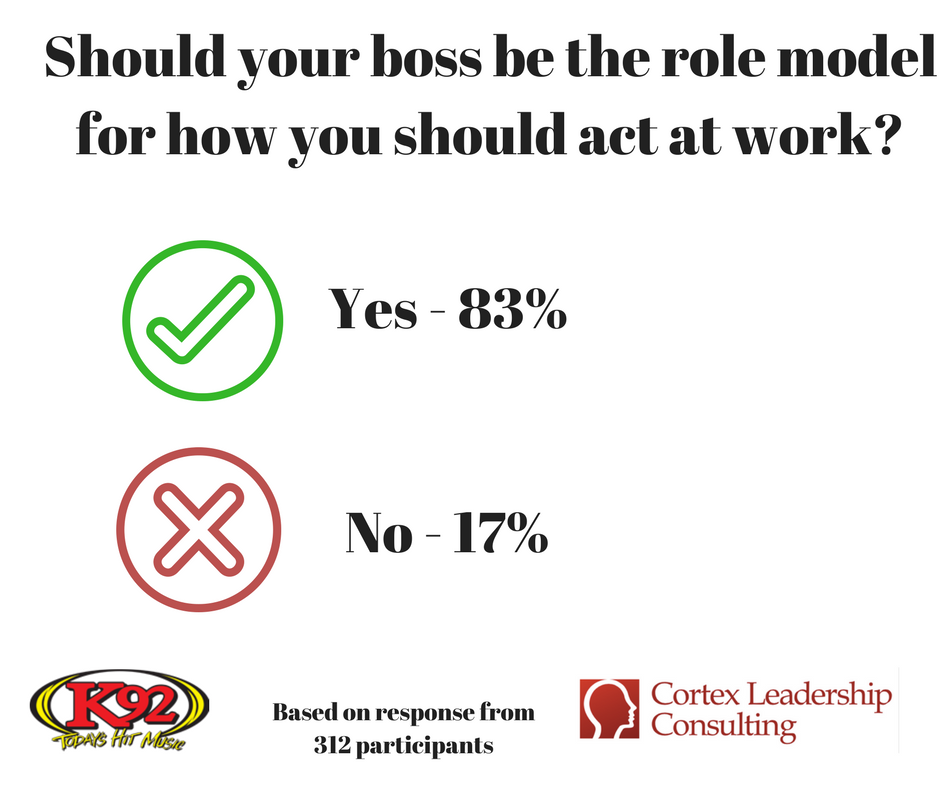 What do employees expect from their boss?

To ensure you are modeling the behaviors your employees are looking for, set the expectations up front.  No one can be all things to all people, so it’s important to choose the most impactful values to demonstrate and clearly communicate that you want to be held accountable for modeling those values.

A recent article from Inc.com, “This Toxic Practice Is Killing Your Team’s Morale. Here’s How to Stop It” pointed out a trend in leadership that is hurting morale, credibility and morale. And what is the trend they pointed out?

Here are a few quotes I had to say on the subject for tonight’s Virginia at Work segment with Bill Waddell:

“Hypocrisy is a trait that employees really don’t like. It’s a complaint I hear about quite a bit. Even though leaders face the brunt of stress and high expectations, they can’t lose their cool. They need to set a good example, day in and day out.”

“Managers, leaders, and supervisors need to model the behaviors that they want to see. It’s like anything else. It’s not do as I say and not as I do. That’s hypocritical. There are plenty of warning signs when there’s trouble. The business can end up losing a lot of money and even worse, the most valuable employees. Sometimes it shows up like “Wow we have a big turnover rate in this company. Wow there’s more sick time being taken. There’s more drama going on.”

Bill points out a few things that a leader can do to be a better role model.

Another thing I mentioned in tonight’s segment is, “even if you change, it’s very possible that they could literally watch you and not see the change for a long time. It’s sort of historical bias that they have with you. You need to understand that behavior change is going to take about a year. For a culture change, it could take 3 to 5 years to really take hold.”