March Madness could be quite the distraction for team members.  My experience with Interactive Achievement taught me how it can actually be used to build your corporate culture.

I started working with Interactive Achievement (now PowerSchool) in December, 2011.  Interactive Achievement was built by educators for educators.  It’s primary offering was an assessment platform to help teachers discover the strengths and areas of growth for their students, ultimately in preparation for high stakes assessments.  I was brought on as a technology expert and managed, directed, and eventually became the CTO (Chief Technology Officer) for the development, maintenance, and infrastructure for their national expansion and ultimately, acquisition by PowerSchool in 2016. 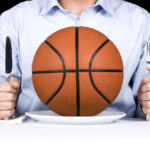 When March Madness came around in March, 2012, the office was a buzz.  I thought nothing of it.  Then the email came.  “All employees must fill out a bracket.  Team leaders will be selected and you will be placed on a team.  We will need a team name.  We are clearing the lobby and installing televisions in all the workspaces in the building again.  March Madness everyone.  Let’s get excited!”

Imagine the shock. I had been hired to pivot and roll out a new version of the platform to a national audience, built with new technology on new hardware, that was 11 months behind schedule at the time, immeasurable dollars over budget, and proven not to work … and we are engaging in March Madness across the entire office.   Madness indeed.

As it turns out, it was one of the most amazing team building, culture building, and healing ideas I had ever seen implemented across an organization.

Here is how it worked for each of the next 5 years:

All of the TVs on the offices were always on, showing different games at different times.  We still did our work, but we also engaged our peers and coworkers, we discovered fun facts about one another (I didn’t know you were fans of 80’s hair bands!).  It clearly became a work-family event

Destination Unknown was the prize to win though.  Once a winner was identified, our administrative assistant Debbie would plot and plan for days.  Eventually, 12 envelopes would be delivered and a departure date/time would be set.  Envelopes could only be opened in specific places, at specific times.

Maybe your company can’t go to the lengths that Interactive Achievement did, no problem.  Get creative.  Lean into something that your employees find fun and exciting and use it to build team engagement and excitement.