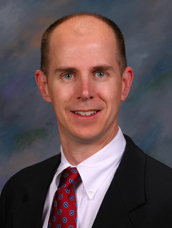 Our featured leader of the week is Russ Ellett, President of Excel Truck Group, who will be joining me on Good Day Virginia tomorrow morning, May 31st, 2016, about 7:40a, to discuss stay interviews and other ways Excel works to keep their best team members motivated and engaged.  Excel Truck Group (formerly Virginia Truck Center) has about 500 employees in 6 different locations in Virginia, North Carolina, and South Carolina.  They will soon be opening their 7th location in Statesville, NC.

After the Virginia at Work segment with Becky Freemal aired last night I received this note in my inbox from a viewer:

“Enjoyed your segment on stay interviews tonight. I am about to accept a position with another company and I probably wouldn’t have thought about leaving if my boss would have spent any time or effort to listen to my ideas and feedback.  I lead a team of 5 people and about 6 months ago my boss finally gave me a performance review.  I received 3’s and 4’s out of possible 5’s.  I was pretty shocked.  I had sacrificed a lot of family time and worked hard to do the best job possible and was told I just wasn’t hitting the mark.  I’m not sure I heard anything after that moment.  He may have said something like the fact that he doesn’t give 5’s, but truly, feeling like I wasn’t measuring up was pretty devastating.  I know that disagreeing with him on an initiative he wanted to push through our department didn’t sit well with him because he became more distant after that from me.  Before that I was told I was in next in line for the position above me, but didn’t get it with no, real, explanation as to why.  I get paid fairly, so I know I should be happy, but I’m pretty miserable.  The new company has offered me about the same compensation level and a few more days off a year.  That’s probably what I will tell my boss if he asks when I leave.  There’s no reason to burn any bridges.”

I suggested that they be honest with their HR department when they were leaving, if they felt comfortable doing so.  Sharing their experience, from their perspective, could be helpful to the growth and development of the organization if done professionally and without malice towards anyone. 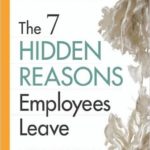 According to Leigh Branham in The 7 Hidden Reasons Employees Leave: How to Recognize the Subtle Signs and Act Before It’s Too Late, 64% of those surveyed, when they were leaving an organization, said that there was a triggering event.

Specific events, that Branham mentions in the book, can trigger disengagement.  Some of these occurred for the person who sent me the note.  Here are some examples:

For a front-line manager, or executive leader, many of these things can not be avoided like the company being sold or a team member receiving a sudden outside job offer.  Some can.  For those that can be avoided being aware of changes in mood, attitude and behaviors of your team members can help.  Disengagement with team members begins with subtle signs like absenteeism, tardiness, and behaviors that indicate withdrawal.  Negativity is one that can be seen in meetings and sometimes through email interactions.

66% of employees that left said in the survey that the employer could have tried to change things and that would have made a difference in them staying.

Consistently conducting one-on-one coaching sessions with your direct reports for the purpose of allowing them to feel heard by you can foster an atmosphere of support and trust.  Asking questions like, “How are things going in general?” or “How are things with you?” can create an open dialogue that will allow the team member to discuss events that have occurred recently that are affecting them.

Ignoring the triggers that have occurred or thinking the team member will just get over it is a risk you will be taking and could lead to losing a great employee that will cost you time, money and require extra effort to replace.

What might be most telling is the compilation of research at the Saratoga Institute that Leigh boiling down to 4 fundamental human needs that employees have:

Which of these needs can you help satisfy at work for your team members this week?

EXERCISE FOR LEADERS THIS WEEK:

If you had to keep only 50% of the team members, that report to you, who would they be?  Why did you choose them?  Which skills and behaviors do they have that make them essential to your team’s and organization’s success?  Do the team members who fell in the bottom 50% know what your expectations are for peak performance?

Have you asked the 50% of individuals at the top of your list why they choose to work for you?  If you’ve never asked them, make it a point to schedule time for a one-on-one with each of them soon.  Capture their answers and see what themes are in common.  Use those themes to build a profile of the type of team member that will create continued or renewed success for your organization.

HIGH 5 goes out to the members of the Cortex Council!

Last week we conducted our first Cortex Coaching Clinic.  Members of the Cortex Council conducted individual coaching sessions with participants of our leadership programs and workshops.  The session was lead by Courtland James and according to the evaluation forms from those they coached and mentored, they did a great job of helping them move forward and get “unstuck”.  Congratulations to Monica Rokicki, Kevin Schuler, Simone Knowles, Nicole Ellis, and Mike Cagle for a job well done!

(To see last week’s Virginia at Work segments along with the newly uploaded 20-minute podcast with William Farrell of Berglund Automotive, click here.  We discussed how to deal with the avalanche of emails you receive as a leader tackled some myths about William and Berglund you might find interesting.)

Design your time more effectively to get the outcomes you really want.
Time Mastery:  7 Simple Steps for Richer Outcomes only $4.95 on Audible.