Joe was one of the top leaders at his organization.  He would often say how much he really cared about his employees.  He said it mattered to him that they were happy.  He knew that how engaged team members were was directly connected to how productive they would be and whether they would “go that extra mile” that he really needed from them because of all the changes that were happening at the organization.  He did things like work hard to be sure they were paid fairly for the positions they held.  He would have a Christmas party once a year where the leadership team would recognize the employees as “great” and say they were “like family”. 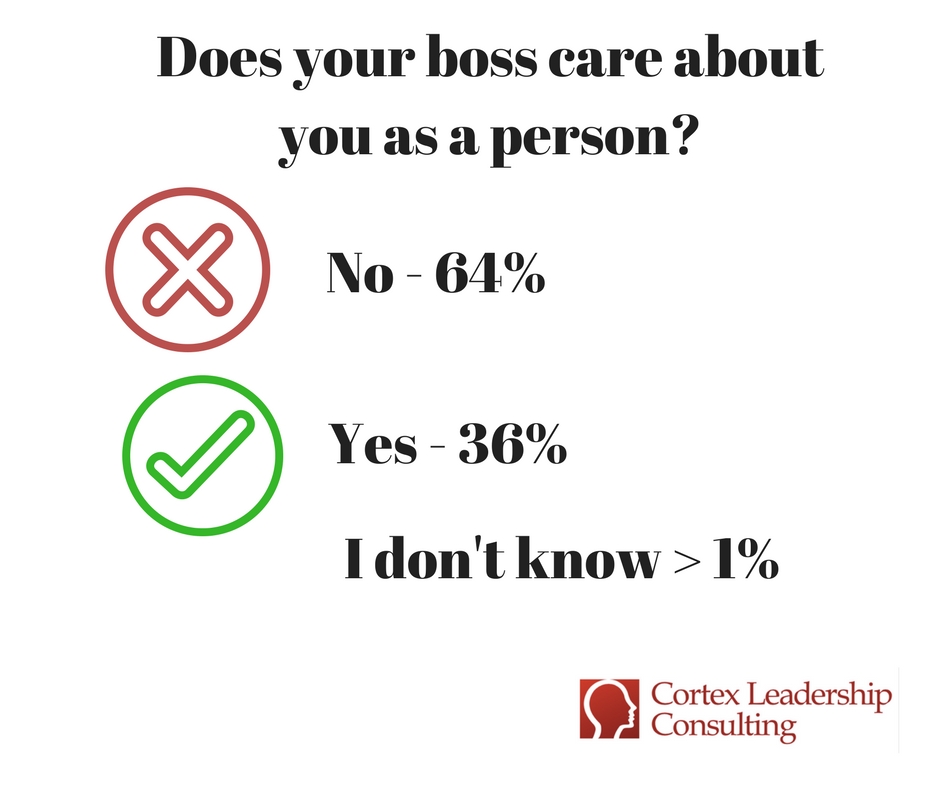 The only problem was, that when I asked employees that worked for him, they would say things like, “I don’t really think he cares about me.  He has to hit his numbers and that’s it.”  Others said, “This place is nothing like it used to be.  It used to feel like a family.”  I remember one person, in particular, sharing with me that they didn’t feel appreciated for all the long hours and times they had to miss things with their family to get the job done.  They didn’t think it mattered how hard they worked because their boss did not seem to notice or care.

Joe’s employees didn’t feel heard.  They didn’t feel respected because Joe was late to meetings that he had called and checked his phone constantly when he did show up.  Joe frequently talked more than he listened. The general feeling was that Joe was much more concerned about Joe than he was about them, which was fine, because they were getting paid to do a job and they would do it.  If they had a choice, though, they would choose somewhere else to work.

There are lots of reasons why Joe seems dismissive of employees concerns or needs.  Joe is slammed busy with tasks he has to do, projects he needs to complete to hit projections he has promised the banks or investors, and he is challenged with juggling the needs, concerns, and training necessary for the number of people that are reporting to him.  When Joe arrives to work and doesn’t say, “Good morning” as he passes by people it’s usually because he is thinking about the thing that is due in an hour, or who he forgot to call back yesterday.  Yes, there are always reasons why Joe appears detached and like he just doesn’t care.

There are lots of reasons why it may appear like a leader doesn’t care about their employees and none of them matter in the end.

Last week we did a Cortex survey poll on K92 radio which asked, “Does your boss care about you as a person?”  64% of people said no.  36% said yes.  Less than 1% said they didn’t know.  These weren’t people that we polled within the companies we coach.  This was a general poll conducted through K92 to their listeners.

These results mirror, though, research we’ve done about trust in organizations.  How it is built and how it is jeopardized.  Here are a couple of findings that may help:

Here are some questions I have reverse engineered from an article in Inc., that you can ask yourself to help demonstrate sincerity at work for those that report to you.  Do you:

It’s worth the time investment to listen for understanding to the people you are responsible for leading.  They are there to work with you to reach your organization’s goals.  The dividends you will receive from making the time to get to know who they are and what matters most to them can be measured in much more than increased profits.

By the way.  This isn’t about who you report to.  The research by Gallup is pretty solid.  Employees come to work because of the organization as a whole, they quit because of their manager.  All levels of leadership matter, but none more than who someone has to report to every day.