A Leader’s Guide to Getting More, Fresh, High Quality Ideas from Their Teams Right Now

Issue: Teams back in the office.
What if they don’t feel safe coming back in, someone says in the meeting.
Ok, why don’t we ask employees what they think.
No, we don’t have time for that.
Sure we do.
Yeah, right, like we have time to talk to every employee right now?
No, we don’t have to time talk to every person.
Maybe we could use our text system or google forms or something to take a for sort of pulse survey on what they’re thinking right now.

What?  No. That would take too much time.  We’ve never done that.
Let’s just stick to the plan we have.

And there it is.  BAM! Death of an idea in less than 30 seconds.  Maybe it was a bad one.  Maybe it wouldn’t have worked, and who knows if there was a better one that could quickly be built on from that one.

No.
Yes, but.
There’s no time for that.
You need to understand how things work around here.

Sometimes the death of a new idea comes from people in the meeting simply ignoring the suggestion or other times by someone in authority just not responding to the email that it was sent in.

These were the key types words and exchanges in small, micro-conversations we studied that occur when people try to share a thought or different perspective in meetings at work, and that occur between managers and their team members during a crisis like the one we’re in right now.  These words and phrases seem to quickly shut down exactly what 94% of senior leaders say they want more of – fresh, new ideas to solve the biggest issues that their organizations are facing, especially during a crisis and transition of the type all organizations are going through right now.

These are 4 main conclusions from the newest research just released by Cortex:

A Leader’s Guide to Getting More, Fresh, High Quality Ideas from Their Teams Right Now A wake up call to any leader that needs to innovate to thrive, released in partnership with the Roanoke-Blacksburg Technology Council

about how to get teams to work more collaboratively together to more effectively problem solve:

Cortex has spent the greater part of the last 5 years tracking the impact of almost unnoticeable interactions between team members during meetings.   We collected more than 100,000 pieces of data from assessments of leaders and their teams and mapping conversations in meetings they were having while also tracking the evolution of leader’s thought process in solving problems at work over long periods of time.

The studies found that it doesn’t take long for new team members to learn that sharing fresh ideas and perspectives came with a label of being a waste of time, resources, and could result in being seen as not a good cultural fit.  We found the results counter to what leaders say they want in Leadership and Innovationby McKinsey and Company which stated that:

70% of senior executives said that innovation was going to be the main driver in their companies, yet 65% of them were “somewhat”, “a little”, or “not at all” confident about the decisions they make in that area, According to the McKinsey & Company report Leadership and Innovation. The report went on to say:

The structures and processes that many leaders reflexively use to encourage innovation are important, we find, but not sufficient. On the contrary, senior executives almost unanimously—94 percent—say that people and corporate culture are the most important drivers of innovation.

From McKinsey’s reportregarding what leaders need to do in order to create agile transformation for their organizations, they stated that leaders should learn to help teams work in new ways and to do that they needed learn how to build enterprise agility into the design and culture of the whole organization.  It needed to start with the leader adopting new mindsets and behaviors.  What Cortex found was that changing those behaviors had a significant impact on the ability for the leader and their teams to quickly adapt to marketplace and other significant flucuations.

One of the data points pointed to the root of what may be blocking established organizations from being able to shift to a culture comfortable with experimentation that is at the heart of agility.

58% of leaders and team members actively avoided the generating of ideas and those people with a strength in ideation were often avoided as well.   This avoidance of the brainstorming of new ways and perspectives of looking at problems lead to a stagnation of forward progress necessary for maintaining a competitive advantage.

Sometimes the people on teams in the study that did had new ideas were ostracized by their fellow team members. This avoidance to the generation of new ideas and of the ideators themselves isn’t recognized by some leaders.  When this type of culture persists on a team or becomes the corporate culture, innovation becomes almost non-existent except at smaller tactical levels. In some cases, when an executive leader or even a manager with authority is strong in idea generation, there seems to become a learned helplessness type of response by team members.  It appears that the team expects their leader to generate the ideas and they believe there job is to plan what they are told to execute.

As a leader, ask yourself these questions to determine the ideation tolerance level in your organization:

You can find useful information that can increase your team’s and organization’s ability to creatively problem solve and be more agile in the full report that you can download for free here.

In the FULL report,  A Leader’s Guide to Getting More, Fresh, High Quality Ideas from Their Teams Right Now you will be given the following tools you can put into use right now: 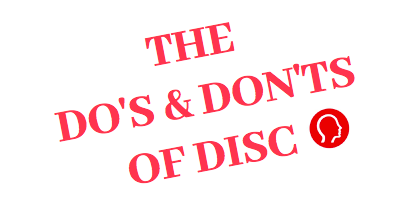 A note from a recent conference attendee:

“Lynda, I wanted to send you a note to let you know how much I enjoyed and have used the DISC training you and your team provided.

I learned a great deal about myself.  I learned how I communicate and might be perceived by others, and even have tried some of the communication practices with my daughter.  What you taught really works.

After the workshop, I began seeing a few people in the office start categorizing people into different groups.  It’s like they learned why they got along easily with certain people in the department and have a hard time relating to or communicating with others. They’re not using it to adapt to the people who aren’t like them.  Instead, they are using it as kind of a weapon and separator.

I’m reaching out to you because I think the work that you’re doing has helped many of us to know ourselves better. It helped most of us get along much better as a team.  It’s helped us not take things too personally when someone doesn’t communicate the same way we do.

Can you help?  Is there anything I can do?  We need this work and I know if something doesn’t change with certain individuals this work could become just another “flavor of the week”.

Thank you so much for the note! DISC can be a great baby step towards transforming people on teams to communicate more effectively with one another.  It can also be used as a weapon and wedge by individuals who don’t follow the two simple “rules of engagement” that we ask everyone to commit to keeping.

Those two rules are key to an organization using any assessment as professional and self-development tools to enhance team dynamics and bring out each person’s best qualities and performance.

If you don’t appreciate the strengths and abilities of others to contribute, it is easy to focus on what someone is not doing and what they are weaker at.  Focusing on weaknesses leads to demotivation and disengagement.  When you can see where someone’s “genius zone” is, you empower them to feel valued and their contributions tend to be focused on what they do best.

In saying this, I might also mention that any assessment like DISC or Strength Finders can be used from a place of arrogance when you might insist others conform to your abilities.  People can do this by saying, “You need to get to the point and be direct with me because I’m a Driver.”  Or they might say, “My strength is ideation, so don’t expect me to plan anything.”  Or perhaps you may have heard a statement like: “I’m a Calculator so I didn’t get that to you when you wanted it because I needed more time to go over the details.”

This is not an appropriate way to use DISC, Strength Finders, Myers-Briggs, or any other evaluation tool.  The point of the assessment is for YOU to know YOUR strengths, weaknesses, and YOUR blind spots so you can appreciate the strengths of others.

That way, they can be utilized to reach the best possible outcomes.  It is NOT up to others to adapt to you.  It is up to YOU to adapt to others so that you can bring out their highest-level thinking when you communicate and work with them. This is where ontological humility matters.

What is ontological humility?

When applied correctly, DISC can be the start of understanding and applying ontological humility which is defined by Fred Kofman in Conscious Business as “the acknowledgment that you do not have a special claim on reality or truth, and that others have equally valid perspectives deserving respect and consideration.  This attitude is opposed to ontological arrogance which is the claim that your truth is the only truth.  Even though it may make sense intellectually that people have different perspectives, most people do not naturally act from this understanding, especially in the midst of disagreement or conflict.”

DISC therefore helps you recognize not only your own preferences and strengths, but helps us to see that everyone is different.   It is a tool that helps remind you that the way you want to be communicated with may not be the way someone else at work wants to be communicated with.  By starting every conversation with a curious mindset, you will seek out and find ways to collaborate.

Here are some quick dos and don’ts that your department or organization can follow after you take a workshop focused on a DISC assessment you have taken:

Clarification in Communication is Critical

I’m glad that this conversation was started by the question that John sent to us.  Clarification is critical to the success of the work that we do.  I welcome feedback, questions that clarify what we teach, and comments about how DISC, Driving Forces, Team Strengths, DDT vs TED, Conversational Intelligence or any other module is or is not being used.  Every team member at Cortex is dedicated to your growth and development.  We’re here to help you think more strategically, act more intentionally, and communicate more effectively.

What a great editor can do to help your writing:

If you’re curious how important getting a good editor is, here’s the article I originally wrote and sent to my writing coach Joe V.